From Creative to Creative Artist

As a long-time member and supporter of the PADC, Craig Buchanan spent years creating advertising for local and national clients from his role as Creative Director at The Brand Agency. Now he’s taken the leap into the art world, with successful residences at Linton & Kay Galleries and a bohemian artistic sojourn into the heart of New York City.

So what does creative life look like, when your clients become your customers?

BUCHANAN: ‘Artistic creativity’ comes with a sense of freedom, which is intoxicating. It’s a breath of fresh air. It’s definitely not easier though…it’s still as bloody hard as it’s always been, but it’s a nicer kind of hard, if that makes sense. When it’s just you and a blank canvas, there’s none of the road blocks which can make commercial creativity incredibly frustrating. It’s just you and the canvas.

In the ad world, you can come up with the most amazing idea and then see it slowly get chipped away by people who don’t really understand the creative process, or are second guessing their boss, or can’t see the value in kerning a headline properly. I guess it’s just a whole series of small compromises that will eventually erode away until the end product barely resembles what you first had in mind. That can suck! The more layers of research and approvals and accountants etc, the less likely great work will see the light of day. For me, that’s the biggest change I saw in the ad industry over time, that more people get involved.

Having said that, I’m sure there’s still plenty of great work out there.

What are the biggest things you’ve learnt about the transition from being a creative in an ad agency to a creative artist in a gallery?

I think the biggest thing for me was the respect that an artist has in the world of galleries, it’s refreshing and very authentic. The art world is very, very supportive of what I’m doing. I hate saying this as it may sound pretentious, but the artist is put on a pedestal and that feels really nice… you just need to keep the ego in check!

What’s the differences between selling your commercial creative work to an agency client vs selling your personal art to a prospective client?

The main difference is I don’t need to ‘sell’ my art like I would in an agency. People either like it enough to want to have it on their wall, or they don’t. I can’t really influence that. Although, I’m seeing more and more that people who buy art want to meet the artist and understand why a piece was created… they want to hear the back story. Even if a particular body of work doesn’t appeal to someone’s personal aesthetic, they can still appreciate it. They just won’t buy it!

The hardest thing in selling an advertising idea to a client is the simple fact that it doesn’t exist at the time that you’re trying to sell it. It’s just a thought, so you have to try and take what’s in your mind and bring it to life somehow. That’s a real skill, and there’s so much trust needed for the client to hand over a bunch of money so that we creatives can make it. Clients need to be continuously educated in the creative process, and I think that job has to be with the creatives as they’re the ones with the vision. 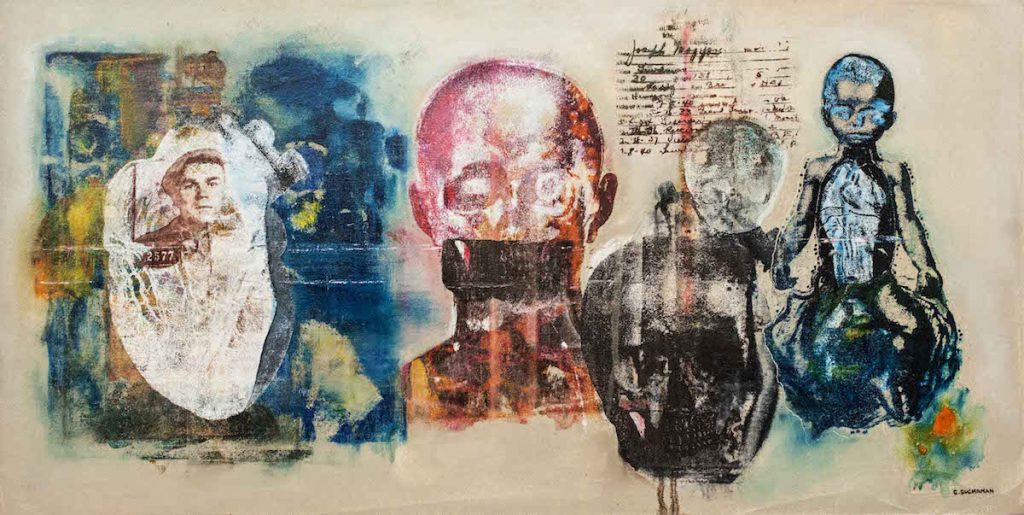 What have you found to be the most fulfilling aspect, from a pure creativity point of view, of both jobs?

Well, there’s an enormous satisfaction getting a great advertising campaign up, as the process can be so draining and there are so many obstacles.

When I recently got a call from my gallery to say two pieces have just sold (before the exhibition officially opened) it was a similar feeling to having your name read out at an awards show, but better in a way, because it’s just you. The feeling of validation is incredible. To think someone wants something created by you to live in their home is pretty special.

What’s the best advice you’ve been given in making the transition from creative to artist?

What the best advice you wish you’d had as you were making that transition?

Don’t believe the best press about galleries and their commissions… they work really bloody hard for you.

What are the life skills and talents that you need to have if you’re looking to make the jump into becoming a full-time artist vs someone working for an ad agency? 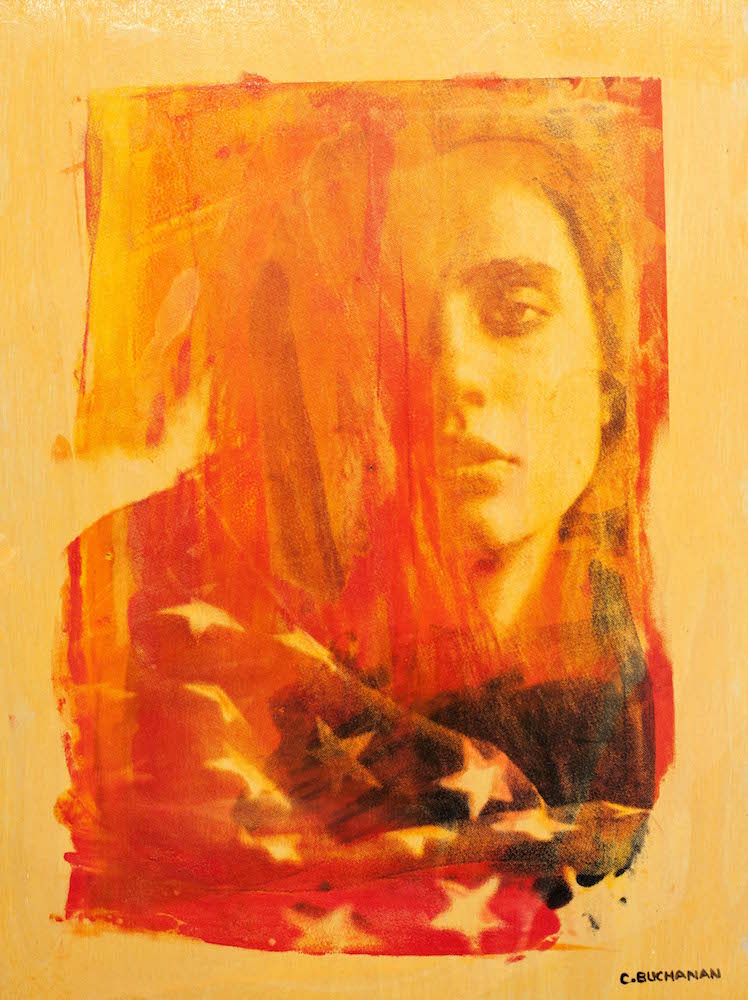 What kinds of skills do you think people gain from being a creative in an ad agency, that they might not necessarily realise they have?

The ability to work to crazy deadlines. That’s an incredibly important skill in the art world.

Any closing thoughts or words of wisdom you want to impart to the PADC members?

I think it’s important to have creative pursuits outside of ‘ad land’. If you rely solely on the work you do in an agency to satisfy your creativity, you could struggle. Do stuff where you’re your only client – that way you’ll cut out the roadblocks. And discover a world that lies beyond the 9 to 5 (or 5 to 9).

And always ask for a pay rise!!! A really big one! Don’t believe the spin agencies give their staff. Trust me, they’re making a decent buck.

Buchanan’s latest exhibition ‘AMERICA THREE’ is at Linton and Kay Gallery, West Perth, from 21 March to 11 April. You see some of his latest work here.

Join the PADC as a student or industry member, and be part of the Perth creative community.