The 2019 AGM of the Perth Advertising and Design Club will be held on Monday, January 14, commencing at 6:30pm at The Vic Hotel in Subiaco.

After 4 consecutive years of service to the club, President Mark Braddock and Vice President James Hawkes will be stepping down. 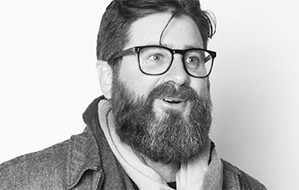 As a member, we invite you to join the committee for the usual AGM requirements and thank Mark and James for their service to the club and industry.

Nominations for 2019 PADC Committee of Management have now closed.

• Are you a financial member? To nominate or be nominated you must be a current financial member of the club. Self-nomination or nominations by a third party are accepted.
• To nominate, please use the nomination form. If nominated by a third party, the nominee must confirm or decline the nomination by emailing admin@padc.com.au.
• The nominate period will close at 5pm on Monday, January 7, 2019. The club manager will confirm the receipt of nominations within 24 hours of the closing date.  The PADC will publish those standing for election on Thursday, January 6 2019.
• Committee positions which remain vacant at the time of publishing can be nominated for by a member in attendance at the AGM. Positions for which a nominee has been accepted will result in no further nominations being accepted.
• A position with more than one nominee accepted, both nominees will be given the opportunity to address members at the AGM before a secret ballot vote is conducted.

The Committee of Management, are the office bearers of the club and exclusively managed the affairs of the organisation:

The PADC’s Committee of Management referred to above as (a), (c), (d) have a fixed 2-year term with a 1-year option while all other committee positions have a fixed term to 1 year and require annual nomination and election.

Voting by Members of the PADC
Each financial member present at the AGM can action their right to a deliberative vote, furthermore, a member may not appoint another person to be their proxy to attend or vote on their behalf.